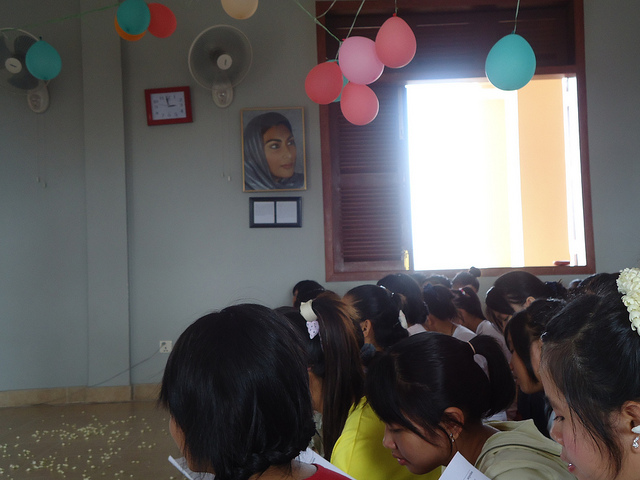 Something’s Brewing in Chicago (2010) [PDF] …Chicago brewing is making a huge comeback, and longtime area craft brewers have joined forces with new upstarts to put local beers on tap and on the map.

The Future of Girls, Gaming and Gender (2010): If hearing the Super Mario theme still gives you goosebumps; if Sonic the Hedgehog was your truest best friend (and ok: if you care about serious gender issues and the future of technology), check out the 3G Summit at Columbia College…

For Filmmakers, A Showdown Between Creativity and the Law (2009): Try walking down a city street without passing Coke ads, T-shirts sporting swooshes, and music spilling from a car stereo.

A Living Space for Art (2008): Erik Newman, a 43 year-old Chicago-based artist, lives alone in one of the city’s last cheap loft spaces, hidden in a nook of a warehouse on the near West Side.

Required Reading in the Kingdom (2011): Cambodia’s first chocolate chef becomes embroiled in a turf war… who knew life in the chocolate trade could get so risky?

A Theater Grows in Albany Park (2010): “”One day Maggie saw a note, deep under the risers, written in black marker… It said, ‘Dear Laura, I wish with all my heart that I could have met you.'”